The world seems to be at constant odds with the challenge of obesity.. 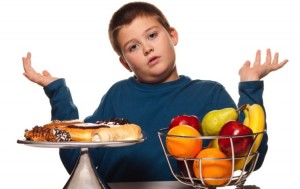 The world seems to be at constant odds with the challenge of obesity, and the most heartbreaking place to see this enemy is among the children. Childhood obesity, especially in North America, is growing constantly, and even if the growth is slow, it’s steady and continuing to get bigger which is a huge problem. The kids of today are the future of tomorrow, and as childhood obesity progresses it turns into adult obesity, and a myriad of health issues from heart failure to liver damage. Although many people are working hard to help children by implementing nutritious eating programs in school cafeterias and more active lifestyles in and out of the educational system, there’s no real improvement as of yet.

As mentioned above, it may not seem as noticeable to parents as it does to those around them, but the numbers seem to be getting bigger and bigger as the kids’ bodies expand. This could be due to many factors, including sympathetic adult figures who indulge in bad food behaviors and don’t enforce the right fitness ethics. Parents can’t be completely to blame though, as many moms and dads go out of their way to do what’s best for their children, and find themselves getting frustrated with a system that has set them up to fail. The media may offer a variety of thin, muscular models on the covers of magazines and movie screens, but it also provides multiple advertisements and images depicting unhealthy fast food and snacks. Kim Painter of USA Today states;

Statistics are usually based on the rate of change from year to year, and findings report that a change in eating habits and fitness levels are often the culprit of this growth in percentage, but every case is different, and finding a program or meal plan that works for everybody isn’t always an available option.

As children age and this obesity problem progresses, the cost of medical care also rises. Evidence compiled by researchers considered the possibility of future doctor visits, medication, and travel expenses to and from medical facilities. The number that seems to be the estimated average cost of medical attention for an obese child ranges near the nineteen thousand dollar mark, which is the amount spent over what would be paid for a child of a healthy weight and size. For children of normal size who begin to expand during adulthood the extra costs are closer to thirteen thousand dollars. Duke Medicine of Science Daily writes:

“Childhood obesity comes with an estimated price tag of $19,000 per child when comparing lifetime medical costs to those of a normal weight child, according to an analysis led by researchers at the Duke Global Health Institute and Duke-NUS Graduate Medical School in Singapore.”

These costs don’t take into account the amount of money that will be lost due to illness and absenteeism over the late teen and early adult years of life, which can also be quite costly.

Of course, the money isn’t the most worrisome part of the above information; it’s the medical needs that raise concern in parents, and this is for good reason. NAFLD or non-alcoholic fatty liver disease is one concern that obese children will have to deal with, and although this could be a fleeting problem due to acute effects of being overweight, it could easily become a chronic problem over time. Jeannette Wick of HCP Live states:

“To date, researchers have associated childhood obesity with an increased risk of developing metabolic syndrome (MetS), cardiovascular disease (CVD), and type 2 diabetes – all of which have components of altered glucose metabolism and hyperinsulinemia with reduced insulin sensitivity”

Other issues being dealt with regularly as children reach puberty and onward are obstructive sleep apnea, infertility, polycystic ovarian syndrome, and asthma, among many others.