A public health epidemiologist specializes in the investigation of disease… 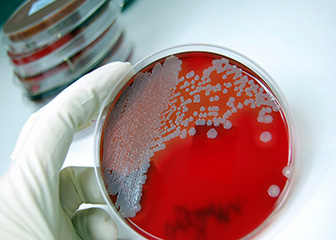 A public health epidemiologist specializes in the investigation of disease and many other public health issues, to stop them from spreading or from recurring. They then report their findings to the government and to the public.

Epidemiologists frequently work for the government and for universities, as well as research institutions. They often collect and analyze data to do in depth research of health issues. Most frequently, epidemiologists focus on infectious diseases, but they can focus on other areas as well.

See Also: The 19th Most Meaningful Job That Pays Well

According to a survey in 2009 by the Council of State and Territorial Epidemiologists, local government epidemiologists work most often in these areas:

Some of the most common coursework in this field at the master’s level includes:

Every day there are news reports of new health advice, but how can you know if they’re right? Doctor and epidemiologist Ben Goldacre shows us, at high speed, the ways evidence can be distorted, from the blindingly obvious nutrition claims to the very subtle tricks of the pharmaceutical industry.

BLS reports that the median wage for epidemiologists is $64,000. However the top 10% earn over $98,000 per year. This would include people who have many years of experience and a master’s or doctoral degree. The median salaries for different industries are as follows: 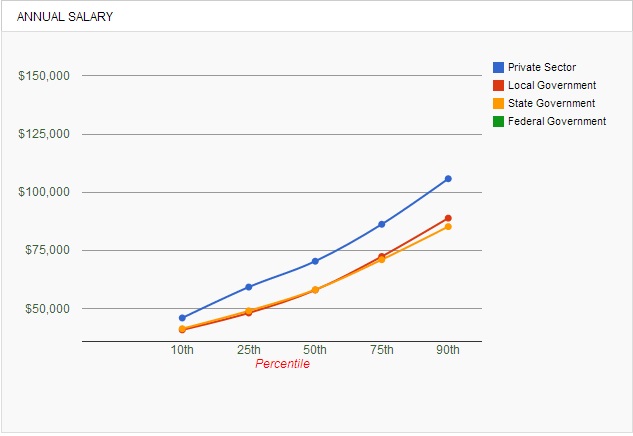 Indeed.com reports that the median salary in the field is $64,000. 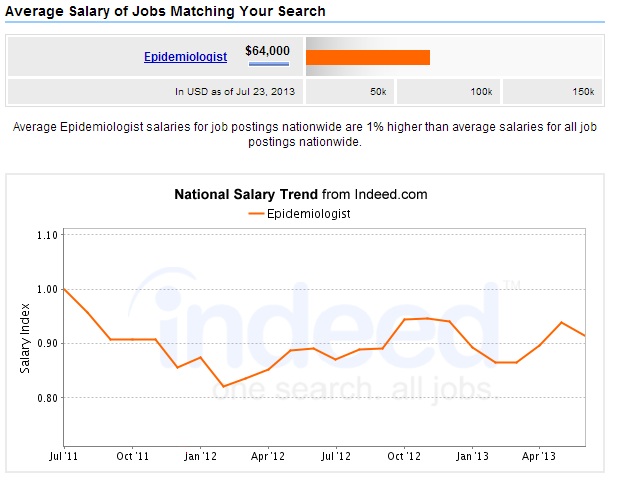 US News and World Report states that the best-paid epidemiologists reside in San Francisco, San Diego and Oakland CA.

The employment prospects for epidemiologists are excellent. The Bureau of Labor Statistics reports that jobs in this field will increase by 24% by 2020, which is faster than average. Increasing public awareness and more reliance on reliable medical records for the analysis of public health means that there will be a solid, growing demand for epidemiologists.

BLS also reports that employment growth for this field should be especially robust in local and state governments.

Read this interview to meet state epidemiologist Dr. Dale Morse, who got his first working exposure to epidemiology one summer on a Navajo Indian reservation investigating allergic reactions to tattoo dyes, and a serious outbreak of giardiasis that causes gastrointestinal problems. 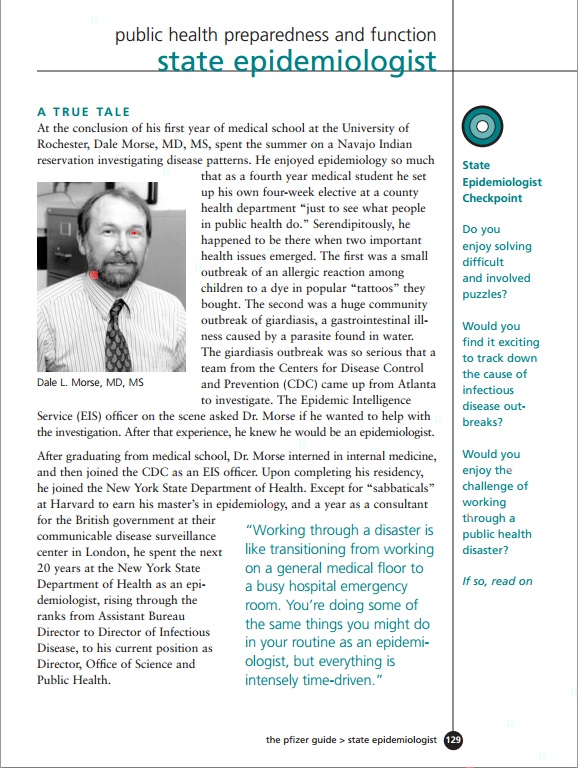 Read this interview to meet research epidemiologist Dr. JoAnn Manson, who is devoted to improving the lives of women by researching the roles of diet and lifestyle in the prevention of heart disease, stroke, breast cancer, diabetes and other major illnesses. 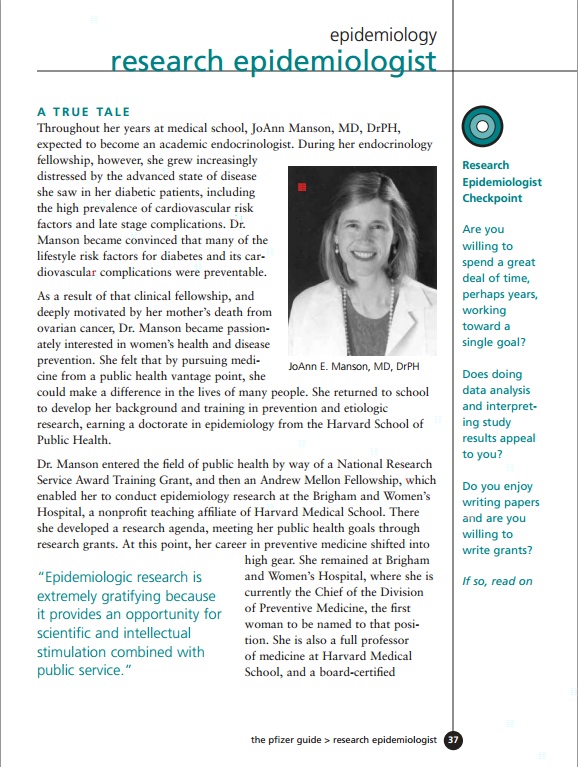