Many microbiologists do basic research, with the idea of increasing scientific knowledge… 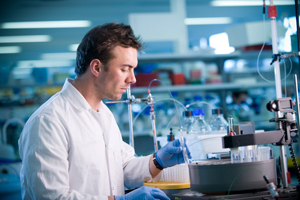 Modern microbiologists utilize computers and many types of lab instruments to conduct experiments and do analysis. Many use powerful electron microscopes to analyze bacteria.

To work at a university or to do much independent research, you will need to have a Ph.D. in the field. It also is useful to have a master’s degree in public health.

Some of the specialized types of microbiologists include:

Neal Chamberlain is a Professor of Microbiology at A.T. Still University

As a microbiologist, you will do some or all of the following:

Some of the skills that you will need include:

Most Ph.D. holders in microbiology start their careers in postdoctoral research for two or three years. They have to work with highly experienced scientists to gain more understanding of the research field. These positions allow you the chance to publish various types of research, which is what you will need to get a permanent job in microbiology research, or a position at a university. 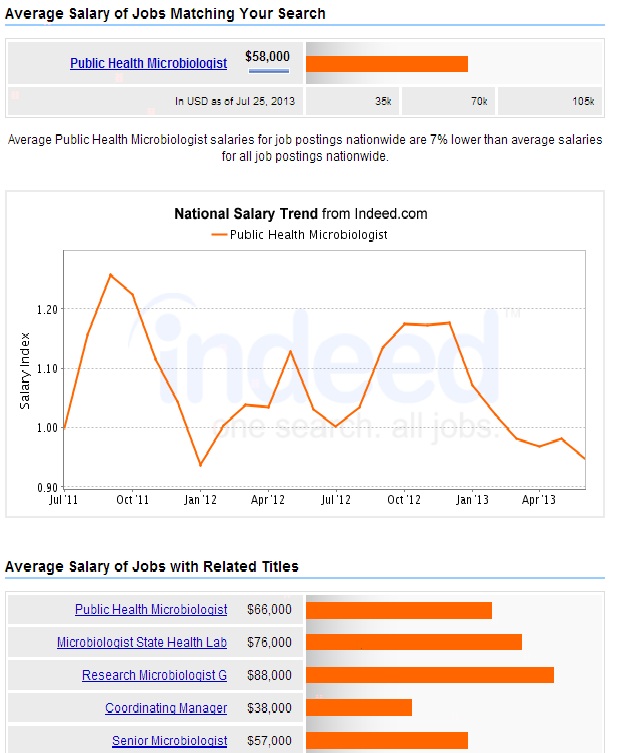 The following wages applied for microbiologists in different types of organizations:

Employment of microbiologists is expected to increase by 13% by 2020, which is about average. There should be a higher need for microbiologists for basic research and for public health. This is because governments are becoming more aware that disease prevention is less expensive than treatment.

Microbiologists also are going to be needed to conduct research and to come up with new medicines and treatments for our public health challenges.

As of today, there are about 20,300 microbiologists jobs in the US, and they work in the following areas: